Have Questions About Buying? 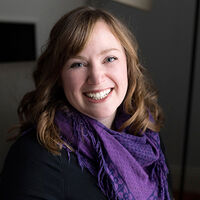 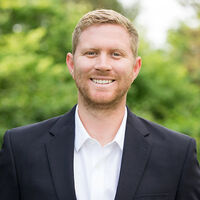 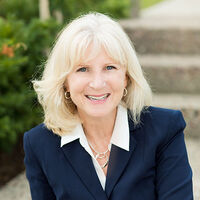 With its picturesque views of Lake Champlain and mountain ranges, the Greater Burlington area has proved to be a popular setting for luxury homes for almost two centuries.

Starting in the early 1800s, successful local merchants and business owners built fine homes in Burlington’s Hill Section, ranging from sprawling Victorian mansions to stately residences with classical and Gothic Revival elements. Bucolic towns throughout northwest Vermont, meanwhile, appealed to both summer vacationers and all-season sports enthusiasts, with wealthy families such as the Vanderbilts and Webbs choosing Shelburne for their country residences.

Today, there is an abundance of historic luxury homes, as well as a robust inventory of modern & high-end properties in Northwest Vermont.

In the exclusive South Cove neighborhood in the South End of Burlington, where properties frequently sell in the $1 million range, residents enjoy a private beach on Lake Champlain and easy access to the city’s famed bike path. The neighborhood offers a wider range of architectural styles than what is found in other Burlington neighborhoods, from Contemporary homes to Adirondack-style residences.

Newer and historic homes, country estates and waterfront properties are the hallmarks of Shelburne and Charlotte, which are located south of Burlington and generally register the highest average sale price in Chittenden County.

Shelburne Point, a spit of land that juts into Lake Champlain and creates Shelburne Bay, is known for its high-end real estate offering waterfront property on both its eastern and western shores. Home to the Lake Champlain Yacht Club and Shelburne Shipyard, the Point draws many homeowners who enjoy boating as well as a quiet seclusion that is just minutes from Shelburne’s bustling village life. The famed Shelburne Museum and the historic Shelburne Farms are just minutes away.

Charlotte, like Shelburne, also attracts high-end buyers with its miles of lake frontage. With working farms, pick-your-own berry stands and Mt. Philo State Park within its boundaries, the town offers many of the pastoral pleasures Vermont is known for.

Lake Champlain – Burlington and Beyond

Luxury properties on the island have recently sold to buyers as far away as California, although waterfront property also appeals to Vermonters and Canadians, who are attracted by the islands’ proximity to the border.

Luxury in the Mountains

With all-season recreation attracting many high-end buyers to the state, towns closer to and in the Green Mountains also offer a range of luxury homes, from ski chalets to country estates. Warren, Waitsfield, and Stowe are among the mountain towns that attract luxury buyers, with estates ranging from multi-million dollar properties to high-end condominium developments.

Copyright 2022 New England Real Estate Network, Inc. All rights reserved. This information is deemed reliable, but not guaranteed. The data relating to real estate displayed on this site comes in part from the IDX Program of NEREN. The information being provided is for consumers’ personal, non-commercial use and may not be used for any purpose other than to identify prospective properties consumers may be interested in purchasing. Data last updated 06-30-2022.