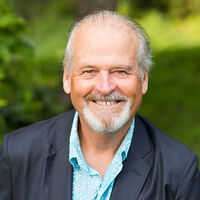 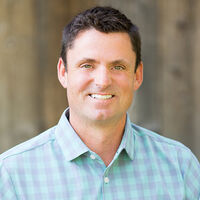 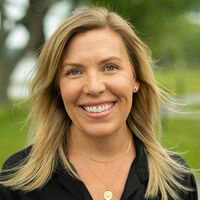 Connect With Us on Social Media

Which is which in northwestern Vermont’s real estate world?

Well, that depends on who’s doing what, if you ask our knowledgeable agents, but those who downsize and those who rightsize share a common denominator: the trendy desire for a smaller, less expensive home that offers a relaxed way of life.

“People want simple, easy and inexpensive homes,” says Laurie Hill, a mortgage loan officer at Spruce Mortgage, in Burlington. “The days of the McMansion are over.”

The term “downsizing” started peppering our Agents’vernacular in the mid-2000s, when Baby Boomers —people in their mid-fifties to mid-seventies —first started retiring. The big, high-acreage nests they bought during the financially robust times of the ‘80s and ‘90s were emptying. Boomers went from living in four-bedroom, two-bathroom homes to owning condos and townhouses.

Simultaneously, our Agents noticed another trend: During the financially tough times of the 2000s —first with the Recession, and then the housing crisis —Generations X (people in their late-thirties to late-forties) and the Millennials that followed tried to recover by tailoring their lifestyle to feed their needs. Like their parents, they, too, sought smaller, more affordable homes —a move that became known as “rightsizing.”

In northwestern Vermont, Baby Boomers and the generations under them seek similar homes on the market, but they do so for different reasons, and at different levels of purchasing power, according to our agents. For example, Boomers —in a more advanced phase of life —want to maintain a smaller home on less land; and they want to pay less property taxes for it, because they are on a limited income. In general, Boomers are also in a position to pay cash.

Gen-X and those younger generally require financing, but the high costs of college have them paying high college loans, which can have an impact on lending; so they want smaller homes that they can afford. Also, these generations —as they are “rightsizing” their lifestyles —want to live closer to work and play, not on 10-acre properties in the country.

“This is a generation that is socially liberal but fiscally conservative,” says Hill. “They are very careful.”

The trend toward “smaller and simpler” also applies to new construction, whether a buyer is downsizing or rightsizing. People are building smaller homes on smaller parcels. Also, developers are meeting current demand —and filling gaps in the housing market —by building multi-unit dwellings on large parcels, instead of subdividing the land for three to five single-family homes.

No matter which generation is buying a home, data shows that Americans are creating a historical real estate trend: They are staying put. According to national research, the “migration rate”—the amount of Americans who change their residence in a given year —has dropped from about 17 percent in 1990 to nearly 11 percent today.

“In the late 1980s, more than one in six American adults moved each year; by 2016, only about one in 10 had moved over the previous year,” said Aaron Terrazas, a writer assessing 2017 real estate trends. “If the migration rate were the same in 2016 as it was in 1990, 17.1 million more Americans would have moved last year –meaning 43.5 million movers. Instead, 26.4 million people actually did move.”

Now consider this: for-sale home inventory is tight, nationally and in northwestern Vermont. The result has been a "hot" seller’s market for condos, townhouses and other homes that cost $400,000 or less, says Hill. The result: Two generations are now vying for the same properties in multiple-offer situations.

Smaller does not necessarily mean cheaper, though. Baby Boomers who are buying smaller homes are also filling them with more amenities and upgrades than first-time homebuyers might need or seek.

Our agents and Hill all agree that now is a good for buyers who want to rightsize. Interest rates are still low —still under 4 percent on a 30-year fixed mortgage —and there are no real signs they will jump anytime soon.

“So now is a good time to buy a smaller home if you are a Baby Boomer looking to invest or retire in one, or if you are still in the early stages of having a family and career,” says Hill.

It’s also a good time to sell your smaller home. Just remember: Smaller homes are in demand, meaning you could face multiple offers. Quickly. So contact one of our agents for advice. We want you to feel like rightsizing was the right choice for you.

Copyright 2022 New England Real Estate Network, Inc. All rights reserved. This information is deemed reliable, but not guaranteed. The data relating to real estate displayed on this site comes in part from the IDX Program of NEREN. The information being provided is for consumers’ personal, non-commercial use and may not be used for any purpose other than to identify prospective properties consumers may be interested in purchasing. Data last updated 07-04-2022.