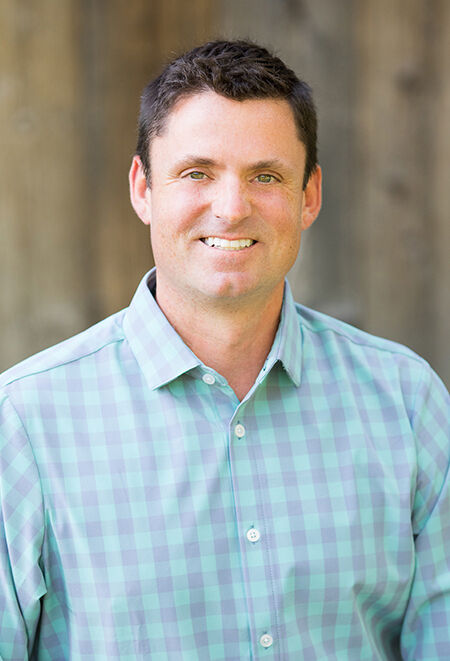 Lauded by clients for his professionalism and expertise, Doug Boardman has been acknowledged by the real estate industry for his achievements while cultivating a business built on referrals.

Doug, whose grandfather and father were instrumental in Hickok & Boardman's early success, grew up in Burlington and graduated from Rice Memorial High School, after which he received a Bachelor's degree in economics from St. Lawrence University. After college, he worked for a year at insurance company Royal & Sun Alliance outside of Boston, MA.

Wanting to return to Vermont, Doug next joined Hickok & Boardman Insurance, whose roots reach back to 1821 and remains the state's oldest insurance agency. Doug worked there for four years as a commercial broker, although the pull of real estate brought him to Coldwell Banker Hickok & Boardman Realty. After buying investment and residential properties himself, Doug realized he both enjoyed the real estate industry and had the skills to excel.

Doug's achievements in the real estate field have been noted by the industry, and has earned the prestigious Coldwell Banker International Diamond Society award, which is given to the company's top performing agents. Doug also assisted the buyers of Burlington's two highest residential sales, with both deals representing multi-million dollar transactions.

His expertise extend from a high-end development straddling Lake Champlain's Malletts Bay, to working with buyers and sellers of existing homes in the Chittenden County. His focus also includes investment properties, lakefront properties and homes in Burlington's exclusive Hill Section.

Helping his clients make smart decisions drives Doug's real estate practice. "I enjoy the negotiating piece of it," he notes. "It's rewarding to put clients in a better financial position." Part of his approach includes using social networking to help clients, whether it's via Facebook or through old-fashioned social events.

Giving back to the community is imperative for Doug. His volunteer work and contributions have included Opportunities Credit Union, Sara Holbrook Center and its New North End Youth Center and has helped Coldwell Banker Hickok & Boardman Realty with its past United Way campaigns.

Doug lives in Shelburne with his wife, Hillary, and their three children, Millie, Freddie and Mac.

Doug certainly knows how to get deals done efficiently and expediently, and is right there with you every step of the way to assist with the challenges that inevitably arise between contract signing and closing. He provides extremely valuable, straightforward and objective advice. Doug is more than just a broker, he's a partner!
- Mark, Burlington
"Doug did a great job keeping all parties in the communication loop. He got questions answered in a timely fashion, had great suggestions, and went out of his way multiple times to facilitate the sale. He did an outstanding job overall - very easy to work with and very knowledgeable about the area. Will highly recommend him to any friends / colleagues."
- Jeff & Lisa, Colchester
A much belated but heartfelt Thank You to you and your staff that made the sale of 108 so easy-peasy! You really went Above -And- Beyond on more than one occasion and know that we appreciate it!
- Jen, South Burlington

Copyright 2020 New England Real Estate Network, Inc. All rights reserved. This information is deemed reliable, but not guaranteed. The data relating to real estate displayed on this site comes in part from the IDX Program of NEREN. The information being provided is for consumers’ personal, non-commercial use and may not be used for any purpose other than to identify prospective properties consumers may be interested in purchasing. Data last updated 07-11-2020.

Coldwell Banker Hickok & Boardman is a full service Burlington Vermont real estate company providing home buying or home selling services, Relocation services to or from Vermont, and rental assistance to tenants and landlords. Our Home Services program assists home sellers with preparing their property for sale and also provides our clients with access to a network of Vermont home service providers. We have a more than 60 educated and experienced Vermont real estate agents from which to choose, combining the strength of a prominent national organization, like Coldwell Banker, with the local expertise of a leading Vermont real estate company, Hickok & Boardman. If you want to buy a home in Vermont, sell a home we are large enough to meet your needs, yet small enough to provide the excellent, personalized real estate service you deserve.