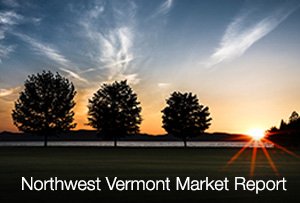 Connect With Us on Social Media

Coldwell Banker Hickok & Boardman is a real estate brokerage company based in Burlington, Vermont, with real state sales centers in St. Albans and Vergennes, serving Northwest Vermont including Chittenden, Addison, Franklin and Grand Isle Counties.  The company roots can be traced back to 1821 with the formation of a Burlington based insurance company that would eventually evolve into the Hickok & Boardman Network of Companies.

The company’s history began in 1821 with the founding of an insurance agency at the corner of Burlington’s Church and College streets.

The historic name of Hickok & Boardman stems from 1888, when Julius S. Hickok joined the agency. His son, Henry Hickok, hired University of Vermont engineering student Munn Boardman as his chauffeur. When the two later became business partners, the firm’s name was changed to Hickok & Boardman.

Advertised as “The Friendly Old Agency,” Hickok & Boardman focused on property insurance before adding life insurance in the mid-1950s and real estate in the 1960s. Munn Boardman’s children, Bob, Dave and Munn Jr., each oversaw a different line of business, with Bob Boardman leading the real estate business.

In 1992, Leslee MacKenzie and Brian Boardman, joined the company within six months of each other. MacKenzie and Boardman joined Scott and Dave Boardman as owners in 1998, with MacKenzie named as the company’s president. Under their leadership, the company has expanded from a dozen Realtors to more than 90 Realtors and staff today.

Coldwell Banker Hickok & Boardman has ranked as the “Reader’s Choice” for the best real estate agency by Seven Days readers since 2008.

Hickok & Boardman Network of Companies is acknowledged annually as a leading workplace campaign by United Way of Northwest Vermont. The firms were received the Lifetime Achievement Award, the non-profits highest honor.

In 2005, Coldwell Banker Hickok & Boardman was the recipient of the Coldwell Banker International Golden Hammer Award for their commitment to building a home for Green Mountain Habitat for Humanity.

Leslee MacKenzie awarded Realtor of the Year in 2007 and the Vermont Realtors Distinguished Service Award in 2014.

The Hickok & Boardman Network of Companies is consistently recognized as a leading business through their United Way of Northwest Vermont campaign, raising over $120,000 annually.

Copyright 2023 New England Real Estate Network, Inc. All rights reserved. This information is deemed reliable, but not guaranteed. The data relating to real estate displayed on this site comes in part from the IDX Program of NEREN. The information being provided is for consumers’ personal, non-commercial use and may not be used for any purpose other than to identify prospective properties consumers may be interested in purchasing. Data last updated 02-06-2023.